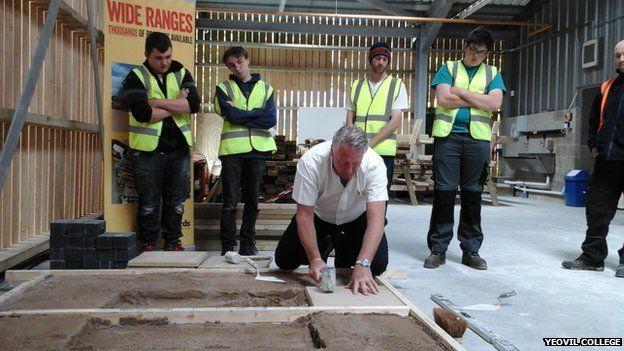 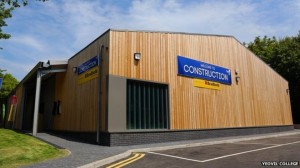 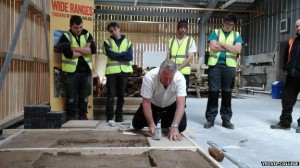 A new £1m construction skills training centre has opened in Somerset.
Based at Yeovil College, the centre will teach vocational skills and advanced building techniques.
The college has seen an 18% rise in applications for construction skills courses this year.
Bosses at the college say this is both due to an increase in new housing developments in the Yeovil area and a planned new nuclear power station at Hinkley Point.
‘Initial demand’
Principal John Evans said: “I think there are two tiers to this. There is initial demand now and I think, going forward over the next two or three years, I can see it will only get greater.”
Applications have gone up for the majority of courses at Yeovil College, partly due to changes in government rules which now allow people aged 24 and over to learn new skills.
Known as the 24+ Advanced Learning Loan, the scheme allows people in this age category to get loans for Level 3 and Level 4 courses include A levels, Access to Higher Education Diplomas and other Certificates and Diplomas.
The new construction skills centre will replace temporary buildings and a car park on the main Mudford Road campus.
The new building replaces the current training centre based at Houndstone Business Park.
It was officially opened by broadcaster and builder Tommy Walsh, who also showed off some of his building skills to students.

Designed for Learning
We Are Three!